Why Yacon Root is Good for You - Nature's Superfoods Store 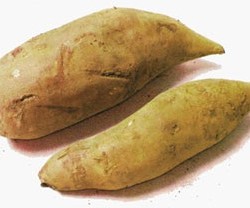 Yacon Syrup, made from 100% Yacon roots, is our new kid on the block. Yacon is a superfood well known for being a natural prebiotic (stimulating good bacteria in the digestive system and boosting the body’s immune system) and is a natural low-calorie sweetener for diabetics and weight-watchers.

Due to its fructooligosaccharides or FOS content, Yacon syrup is great for our digestive system and great for detoxification. FOS is an indigestible sugar-fibre of low caloric value that promotes beneficial bacteria in our colon. Yacon syrup is also a pleasant-tasting natural sweetener, with appreciably less calories than other sweeteners like raw honey or maple syrup. Besides being naturally low-caloric, Yacon syrup does not raise blood glucose levels despite its sweetness; its glycemic index is surprisingly a low of < 1.

Various studies have been conducted on the Yacon root by universities and institutions and it’s high time we pay attention to the health benefits of this Andean tuberous root from Peru. Here are some of the research results that show why the Yacon root is beneficial for the human body:

1. A study done by Universidad Nacional de Tucumán, Argentina, in 2009: When obese slightly dyslipidemic (abnormal amount of lipids e.g. cholesterol and/or fat in the blood) pre-menopausal women were given a specified daily dose of Yacon syrup over a 120-day period, results showed a decrease in body weight, waist circumference and body mass index. Researchers also noted a decline in “fasting serum insulin” and LDL cholesterol. The consumption of Yacon syrup brought about an increase in defecation frequency and satiety sensation. The study hence concluded that Yacon syrup is a good source of fructooligosaccharides or FOS (an indigestible sugar of low caloric value) and its long-term consumption will produce beneficial health effects on obese pre-menopausal women with insulin resistance.

2. Yacon’s ability to promote regular elimination of waste from the human body is supported by a September 2008 study in the journal Digestion. In a research, 8 men and 8 women were asked to consume 20 grams of Yacon syrup or a similar placebo for a 2-week period. There was a two-week “washout” period between the study of the placebo and the Yacon syrup so that the differences between consuming the two substances could be evaluated. The results were as follows:
• The “colon transit time” improved from 60 hours to 38 hours during the Yacon test period.
• Stool frequency went up from 1.1 per day to 1.3 times daily while using Yacon.
• No significant side effects were reported.

The Swiss authors of the study which was conducted by the University Hospital Basel, Switzerland, in 2008, thus concluded, “Due to the low caloric content of Yacon, the root could be a useful treatment in constipated diabetic or obese patients”.

3. Studies conducted by the University of São Paulo, Brazil, in 2007, have indicated that consumption of yacon root, which contains high levels of fructans, may help improve absorption and retention of minerals like calcium and magnesium in the body, thus increasing bone density. The results suggested that yacon roots are beneficial in the maintenance of healthy bones and protection against osteoporosis. Yacon is the world’s richest natural source of FOS.

Historically in some countries in South America like Peru and Ecuador, Yacon has been traditionally consumed for its medicinal properties in lowering blood sugar in diabetics, reducing cholesterol and improving digestion.

In addition to the above health benefits, Yacon root also has antioxidant, antibacterial, anti-inflammatory, cancer-preventive properties as it contains ferulic, chlorogenic and caffeic acids. Antioxidants help fight free radicals in the human body that cause oxidation of cells, which leads to accelerated aging and diseases caused by radicals e.g. arteriosclerosis.