Our SUPERFRIENDS get an additional 3% off the total bill!

Nature's Superfoods Organic Yacon Root Syrup is made from Yacon roots that are found in the Andes of Peru and Ecuador, and is traditionally used as a means to control blood sugar and improve digestion. It is ideal as a prebiotic, low-calorie food for those on weight-control diets, cancer-fighting diets, for diabetics and for those who want to avoid calorie-laden processed snacks.

Yacon also boasts a good amount of minerals such as potassium, calcium, phosphorous and iron, as well as 20 amino acids. It also contains a rich amount of antioxidants and glyconutrients.

Yacon root syrup has a very low in Glycemic Index (GI) < 1 and hence, it is a good dietetic and diabetic food and natural sweetener.

1) Yacon syrup has a pleasant caramel-like, molasses flavor. It is thick and sticky and it easily substitutes for maple sugar or molasses in recipes and brown sugar in baking.

2) Low-calorie natural sweetener for beverages (but not too much as it is a prebiotic food).

3) Use it in the same amount as you would honey in a recipe. It has 3/4 the sweetness of honey. 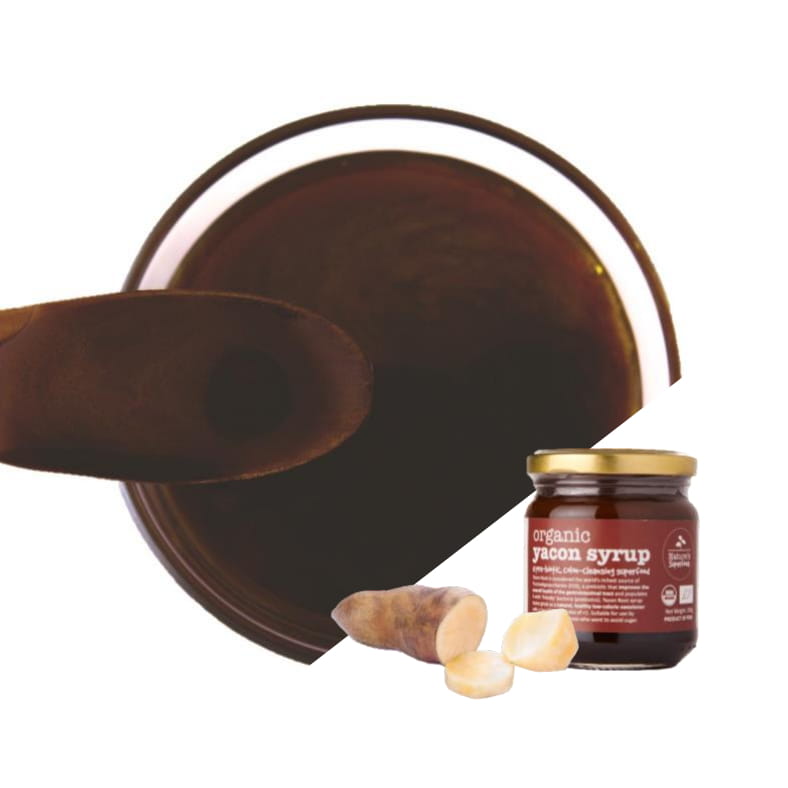