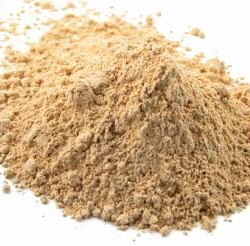 Actual menopause in women is the final cessation of menstrual periods and fertility. It is part and parcel of the aging process, and the final process takes place over two to three years. This final process usually starts between the ages of 48-49 and is complete by about age 51. Many menopausal symptoms can begin earlier than this, and the entire process occurs early if a woman has undergone removal of her ovaries as a treatment for genital tract cancer or breast cancer.

The underlying cause of the menopausal or the pre-menopausal period that precedes it is changes in the balance of the female reproductive hormones. During menopause, your ovaries either decrease or stop producing sufficient amounts of the hormones estrogen, progesterone, as well as testosterone. As hormones are involved in almost every biological process in your body including sexual reproduction, growth, metabolism, weight control, aging, as well as immune function, the decline in hormone production during menopause-which brings about an imbalance of hormone levels- will have profound effects on your memory and mood, ability to maintain your normal weight or lose weight, and your overall sense of well-being.

One of the most important symptoms of premenopause is often the onset of irregular vaginal bleeding, with variations in the length of time between periods and also with the amount of bleeding that takes place during the menses.

When menopause begins in earnest, usually in a woman’s late 40s, other symptoms become painfully apparent in many if not most women. The most common is hot flashes and night sweats. This occurs in 80-85 percent of women in industrialized countries.Other symptoms related to a change in hormone balance includes fatigue, mood changes, less interest in sex, dizziness or palpitations.

Men experience a different type of “menopause” of life change. Menopause in men usually occurs between the ages of 45 and 60. Unlike women, men can continue to father children, but the production of the male sex hormone (testosterone) gradually diminishes after age 40.

How does MACA help to balance hormones in men and women? Being an adaptogenic herb, MACA works in the body according to the needs, age and gender of the person who consumes maca. Maca has been shown to promote the body’s production of the proper amounts of hormone to maintain health and vitality, as well as to alleviate menopause symptoms. Even in men who consume maca, testosterone levels will increase, thus maintaining sexual potency throughout a man’s lifetime.