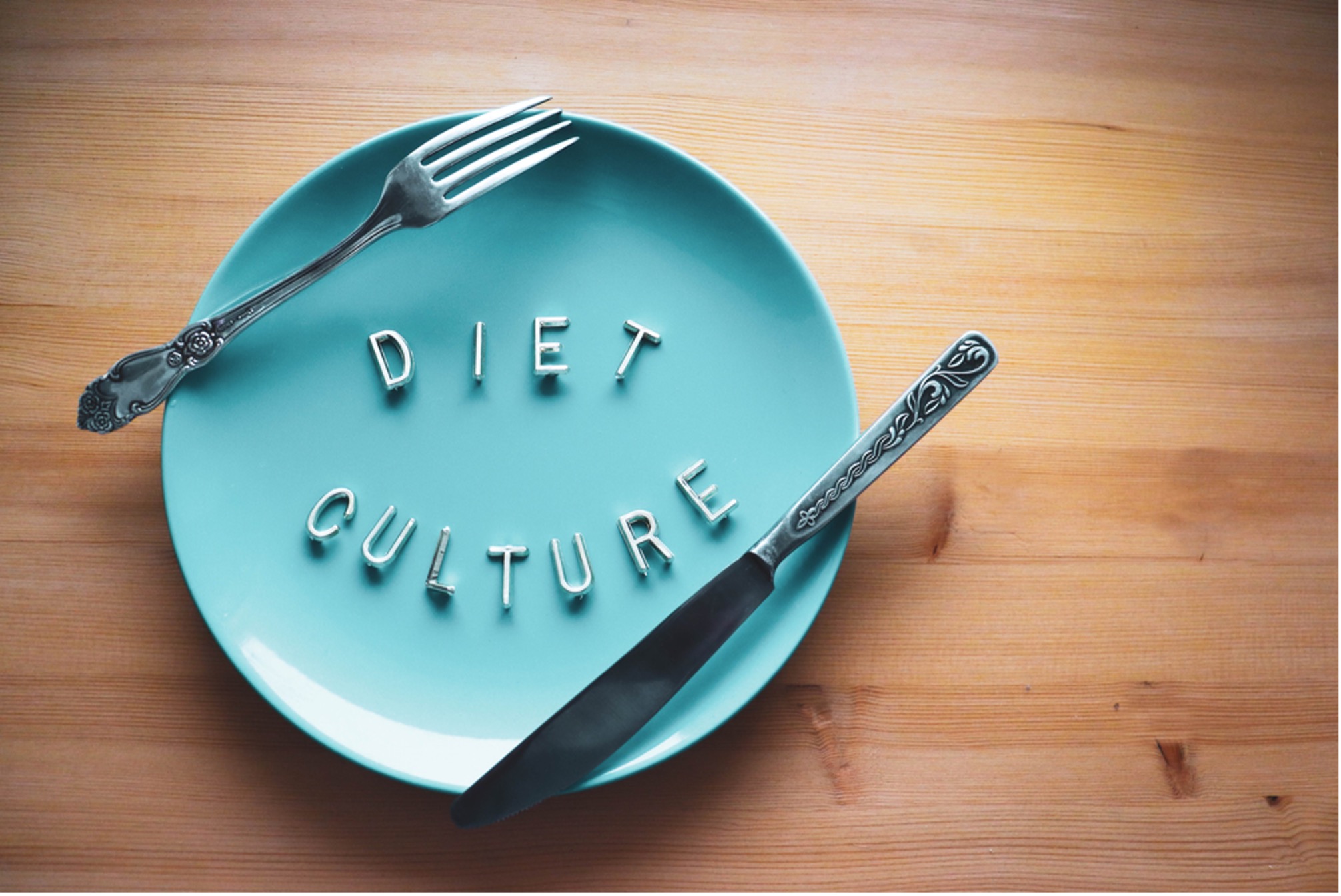 Has weight ever played an active role in how you determine and understand your health status? As much as we’re told to lead balanced lifestyles, maintain a healthy BMI, eat clean, and exercise, one thing is for sure – dieting is now a norm in many cultures all over the world. Take for example, the age-old New Year’s resolutions. Did you know that over 40% make commitments to lose weight? Often setting out on diets to achieve these goals, such behaviour is somehow seen as a normal lifestyle habit for people to embark on. Even if you’d like to gain weight, be on the receiving end of health benefits, or counteract the symptoms of an illness, dieting tends to be the go-to solution. This type of “diet culture” may seem harmless at first glance but have the potential of being taken to extremes by those who resort to restriction or overindulgence.

So, What is Diet Culture?

By definition, diet culture refers to the focus one places on body image. It is akin to the illusion that happiness can only be attained if their bodies met societal standards. Even companies leverage this questionable thought process to advertise their products as a quick-fix solution to meet any unrealistic goals – want to lose 5 kg in a week? Drink this tea!

With this conflation between size and health, it comes as no surprise that girls as young as 5 years old internalise the importance of food restriction. The result of this? A rising number of people afflicted with eating disorders.

Because we have grown so accustomed to the idea of dieting, identifying disordered relationships with food can be hard. Unconsciously embracing such bad eating habits, reports have shown that there is a growing number of Singaporean youths who are suffering from eating disorders. A study by the National Centre of Addiction and Substance Abuse showed that 62.3% of teenage girls have tried to lose weight and an astounding 58.6% are actively dieting.

What is an eating disorder?

According to the American Psychiatric Association, eating disorders are behavioural conditions characterised by unhealthy eating patterns that are not linked to a specific body type, gender or age group. Common eating disorders include:

Orthorexia is a lesser-known eating disorder. Unlike other eating disorders that revolve around restriction, over-eating, or purging, Orthorexia starts with the obsession of only eating foods that one perceives as “healthy”. In Anorexia, individuals aim to lose weight, but those with Orthorexia aim to achieve clean and healthy bodies. But when the preoccupation with healthy eating is taken too far, it can negatively affect everyday life as well.

According to the National Eating Disorder Association, 35% of dieting becomes compulsive, and about 25% of such cases turn into eating disorders. So, what pushes someone to go on a diet?

Despite body positivity movements, social media has been arrowed as one of the major causes since it delivers messages that thinness is more appealing. Depression, unhealthy perceptions, emotional upheaval, need for control or obsessive-compulsive disorders can also trigger the development of eating disorders.

Everywhere we look, there is a new fad diet or “hip” organic food café or store. One day thigh gaps are in and the next, hourglass figures are all the rave. How then can you filter through all these and make your way to achieving a genuinely healthy relationship with food? Here are a few ways:

Shockingly, 98% of diets fail! Health At Every Size (HAES) practitioners state that the cycle of starting and stopping a diet will not only resort to diet failure but also contributes to poor health. So, “listen to your body” when eating. Whether you are in an organic food shop or munching on some organic snacks, mindful eating gets rid of any guilt or urges to cut out any food groups because you are allowing your body to tell you when it’s hungry and satiated.

This might be a no-brainer, but physical exercise is pivotal in maintaining health. It also stimulates the release of mood-regulating hormones such as dopamine and serotonin that will boost your overall sense of well-being. Even the Health Promotion Board in Singapore recommends getting at least 150 minutes of physical activity.

Accept your body for what it is and all that it can do. Avoid equating your worth to the numbers on a scale or the size of your clothes – remember, true beauty lies within!